What to do with an ageing SEM – The Upgrade Route

HomeWhat to do with an ageing SEM – The Upgrade Route 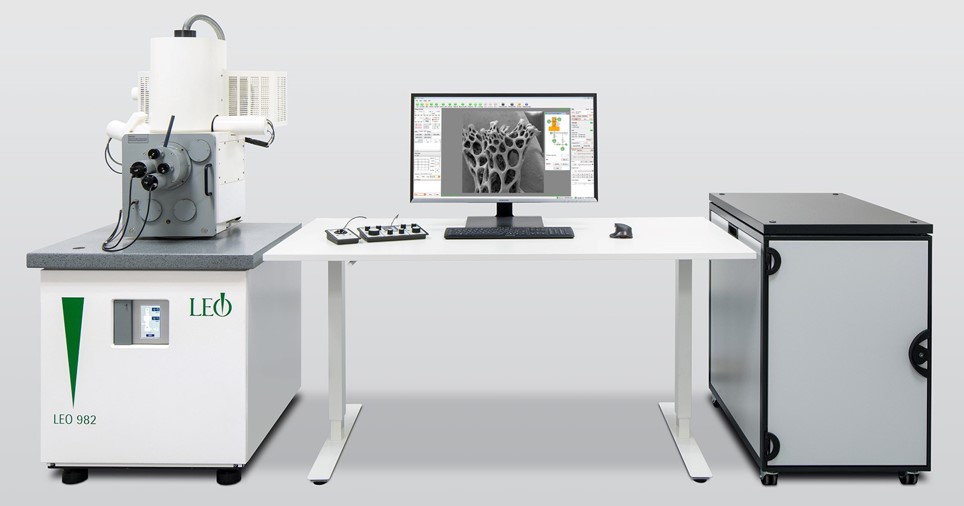 The column architecture of a scanning electron microscope has not changed dramatically in the last few decades. If you compare a SEM column from the 90’s with a SEM column that was built yesterday, the mechanics will be remarkably similar. An electron source, some lenses, beam deflectors and a detector.

What has changed are the control electronics.

A bit of history

Before the late 90’s, most scanning electron microscopes were analogue and controlled via dials and knobs, while imaging on a CRT. Images were captured via film and had to be developed in a dark room. Large circuit boards contained hundreds to thousands of components located in numerous racks throughout the plinth, desk and side cabinets. As they were processing analogue signals, any signal distortion or added resistance would cause unexplainable ‘gremlins’ in the system. Switching the system off then on can sometime fix the issues, however one very common problem that we encounter as a service company are dirty contacts. The gold contacts at the end of the boards and the legs of ICs build up insulating material over the years, resulting in poor connections.

Despite these electronics issues, when these systems are operational, their imaging can be just as good as a new system, if not better! Tool users who understand this have been keeping their microscopes running using service companies such as ourselves. Having been in the electron microscopy industry for over 30 years, we understand how these older microscopes operate and know what makes them tick.

One sticking point however has been the image capture. Using film is tedious and expensive, and unlike TEM, you can’t just replace the film camera with a digital camera, that would be too easy! In response to this, companies such as Point Electronic from Germany, have been developing digital image capture systems that can record the analogue signal from the detector as the beam is scanned, and convert this to a digital image. Their DISS6 system interfaces with almost any microscope’s external scan interface (the same one your EDX might use) and captures a live feed from the detector. The microscope is still controlled through its original control interface, however all the detectors (SE, BSE, VP-SE, CL…) are fed to the digital capture electronics. This system enables older microscopes that still function to be used in the digital age.

Unfortunately, though, one day, these microscopes will and do fall over indefinitely. A board is damaged or deteriorates too much to be rescued and no replacement is available, old computer-controlled SEM’s hard drives fail (the ones where the PC is built into the desk such as the Cambridge S360) or maybe something as simple as your IT department no longer wanting your microscope to be networked as it’s running under Windows XP or Windows 7.

When this happens, the first response is typically, “do I have the budget for a new SEM?”. Those who have spent years building and customising their microscope may ask, “how will I find another microscope that can accommodate my 10 detectors, tensile stage and cryo stage? Within my budget!”.

The answer to this could be a SEM Upgrade from Point Electronic.

Built on the back of their DISS5 image capture system, Point Electronic have developed a range of control electronics for electron microscopes, of which certain can replace the aging electronics of older microscopes. They interface directly with the column and vacuum system, making all the old control electronics redundant. Combined with a Windows 10 control PC and new hard panels, this upgrade brings your microscope along with all your detectors, up to date – including new functions such as auto brightness/contrast, auto focus, comfort functions and ease of use for stage control and handling. If you have noticed that the cost of your service contract has increased due to an increased number of visits, it may be time to consider an upgrade. With brand new electronics that have self-diagnostics, along with the ability to offer remote support, an upgrade will reduce maintenance downtime.

In addition to this, you get to keep your column that you love, your chamber and all your detectors!

Recent Posts
We use cookies to ensure that we give you the best experience on our website. If you continue to use this site we will assume that you are happy with it.Ok