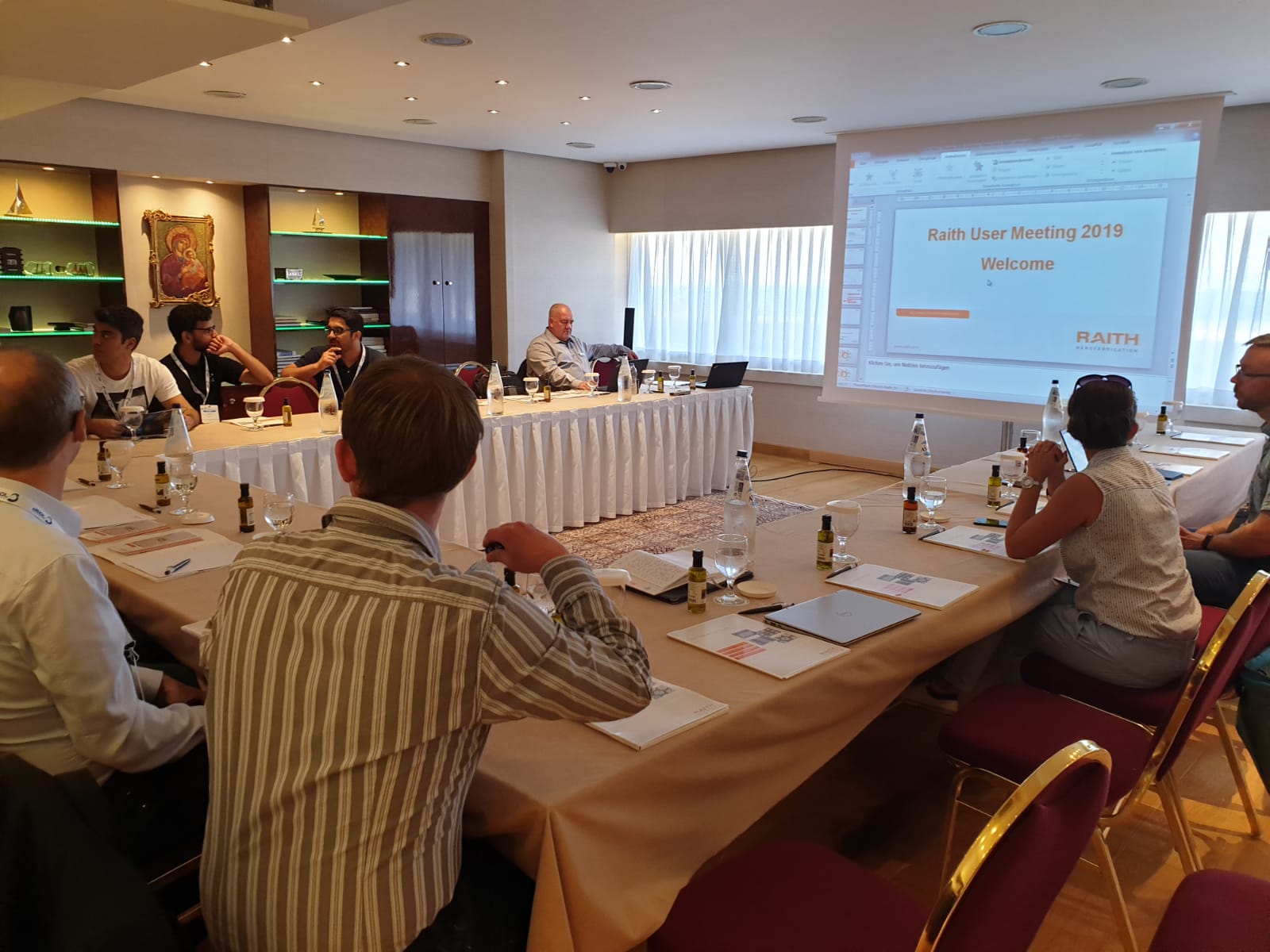 This year Raith held their European User Meeting at MNE on the Sunday 22nd of September. There were a total of 46 attendees from across Europe, of which 5 were from UK institutions. All the Raith product managers were in attendance to answer users’ questions. In parallel, the EBPG/VB user meeting (ELBUM) was also held.

Prior to the start of the meetings we took part in a walking tour around the old city of Rhodes. Enjoyed by many of the users we explored the history of the town and its temples and ruins.

The presentations during the Raith User Meeting covered a broad range of topics in the field of Nanofabrication. There were also feedback sessions from the users. They reported on their successes as well as where they thought improvements could be made. One key issue that was discusses was remote support. Users believed that this could be developed more from Raith.

The meeting ended with a presentation from Andreas Remscheid, Head of European Sales, who gave an update on the Raith products including the launch of the Velion, dedicated ion beam lithography tool. Raith also announced that they will no longer be supplying systems with Windows 7 and all new systems will be available with Windows 10.

That evening, we all went to a local restaurant for excellent Greek food and to continue discussions of the day’s events.

Recent Posts
We use cookies to ensure that we give you the best experience on our website. If you continue to use this site we will assume that you are happy with it.Ok